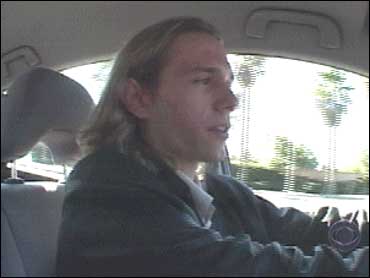 "Drivers will get charged for how many miles they use the roads, and it's as simple as that," says engineer David Kim.

Kim and fellow researcher David Porter at Oregon State University equipped a test car with a global positioning device to keep track of its mileage. Eventually, every car would need one.

"So, if you drive 10 miles you will pay a certain fee which will be, let's say, one tenth of what someone pays if they drive 100 miles," says Kim.


The new tax would be charged each time you fill up. A computer inside the gas pump would communicate with your car's odometer to calculate how much you owe.

Short sighted as always people will not want these things in their cars a GPS system would also be able to tell how fast your are going and FINE you according too. The government over here in the UK had this idea ages ago and the public said no. As they wanted to fine as well / build in speed limiters into the cars to stop them going over the limit.

It's such a major invasion of privacy it's unreal, how long do you think it will take before some lawyer gets access to the data to prove that when little jenny was being murdered at 8 AM you drove past at 90 miles and hour and there for must have killed her.

The system is open to far to much abuse and no government should have that much knowledge about its citizens.