Should London host the Olympics? 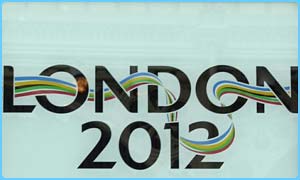 Is the question being asked by the BBC, Personally I think we should host the Olympics but not nesisary in one of the most over crowded cites on the planet.

Any Londoner you ask will tell you how bad public transport is now. Never mind if you double or terribly th amount of tourists in London. The aging underground system is in desperate need of an upgrade.

Unfortunate there is no way that thou's in power would ever even consider hosting the games out side London never mind actually let it happen.

Oh, when will British people stop moaning, get behind a British project and support it wholeheartedly, without being pessimistic or ironic about it. I bet you anything the French and the Americans don't question whether the Olympics should go to their country one single bit. I really hope London wins the bid. I certainly will be cheering on!
Raluca, Brit in the States

I think this poster some's up the view of the rest of the world, but you miss the whole point of being British, the rest of you see all the good in the games. We only see the down side of hosting the game, the mounting costs, congestion, terrorism, the fact that shooting is now illegal in this country and would have to go else where.

Naturally, I'm hopeful the Olympics come to this country. Where, exactly, isn't an issue for me. However, I conjure up embarrassing pictures of the chaos we've come to expect when we attempt anything second nature to our European neighbor's. On the opening day, leaves on the tracks will probably bring all trains in and out of the capital to a halt and pubs and restaurants will be denied extended licensing hours just when the rest of the normal world could do with a drink or two. Welcome to try-hard Britain!
Patrick V. Staton, Guildford, UK

I think this sum's up the state of the UK very well at the moment Welcome to try-hard Britain. Were not real good at any thing, Britain is a nation without pride it has been beaten out of us by the politicians and their political correctness.

We are the only nation that actively tells it's self that we can not be proud of are achievements because the people we beat might be upset. Would you ever here that from an American?

I think not, we are even at point where we are considering renaming Trafalgar square because it upsets the French! The French for Fuck's sake. When was the last time we cared what they think?

The people of Gibraltar are more British than we are and look what we are trying to do to them, make them Spanish. It's so uncool to be British that we don't even make people coming to live here speak English. No one in London speak's it and if you go down to your local council now there first thing the do is tell you that the forms are available in 37 other languages, but I digress.

To some up yes I would like the game to come to London, after all we have never actual won the right to host the Olympics. Altought the games have twice been to London both times they have been held in London because the United kingdom (when was the last time some one used that title with devolution in full effect) was the only country that could host them both times where after the two world wars.

It would be nice to win the games rather than have them handed to us as a reward for saving the world from the German's.