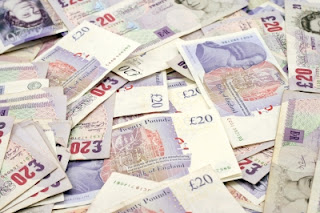 Dont know if there is enough small investers to out vote the big one but go make your voice be heard, http://www.fairpensions.org.uk/highpay
Posted by Wes at 12:04 pm No comments:


So I have been thinking of getting a Kindle Fire since I saw a friends and my parnter said they would get me one, but I know I would just end up jail brakeing it and living in England there is problem of getting one, unless some one I know goes "State Side" for a holiday.

I have been reading the reviews a depeding what your expectations are for $199 USD which is about £160 its not like you can fault it on price.

Been readin the Engadget review, they seem to like it for the price, still not sure yet, any one in the UK got one and jail broken it?

I can Not wait for Avengers to come out!

Really looking forward to seeing this when it come out over here  in the UK, TODAY!

K so finding some one to go see this with at the weekend!
Posted by Wes at 10:34 pm No comments:

The Roman Catholic church has written to every state-funded Catholic secondary school in England and Wales asking them to encourage pupils to sign a petition against gay marriage.

Why O why, are they doing this, don't they know the damage they are doing to the poor kids who are in school who are gay, and having to sit through that crap, its time we stopped funding these schools. At one point religions funded their own schools, but now we pay for them, but they still get to dictate what is taught in those schools. Its time to stop it, just like reserved seats for bishops in the House of lords its an idea that has had its time and its time all these school where just made in to ordinary comps with no religious affiliation.
Posted by Wes at 2:14 pm No comments: