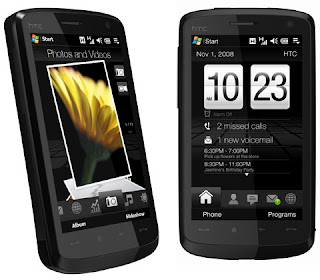 So In the end 02 simple priced the Iphone out of reach I am not paying for a phone its simple not the way its done in the uk, so in the end I got a far better deal on a HTC Touch HD, £30 a month 1200 minutes and unlimited texts and 500 meg of data.

Ok so the data is not grate but I have free wifi at work and at home and I am only ever going to update Facebook or Twiiter status so its not like I really need unlimited.

No flash on the camera, thou so its not one for low light shots, took the phone on tour of the UK and the battery was prity good I was not rushing for the plug in the hotel room unlike the iphone boys.

Its on orange so unlike the iphone lot I had signal in the more rural places like Chedder and Burley when they did not.

The only downside seams to be that there is no app store, you really A, have to know what sort of app you want and B, know where to get it. So its not all rose's.